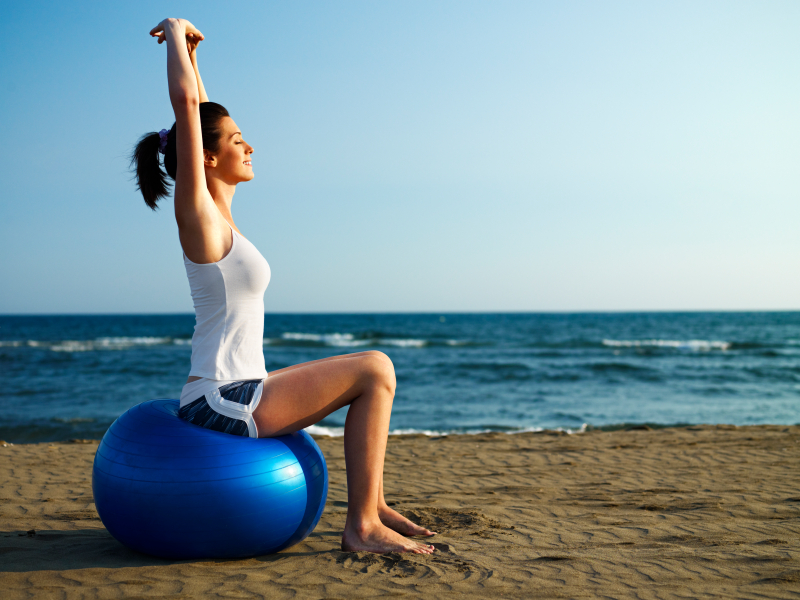 Pilates was developed by Joseph Pilates who was born near Dussledorf, Germany in 1880. Joseph developed a fitness regime from his name which helped him to overcome his disabilities as a sickly child, whom suffered from Asthma rickets and rheumatic fever. Joseph’s parents were warned that he would have a short life expectancy but through great determination Joseph lived until 83. Besides skiing frequently, he became proficient in body-building, diving and gymnastics dedicating his life to becoming physically stronger. He came to believe that the modern life-style, bad posture and inefficient breathing lay at the roots of poor health.

Joseph used elements from difference sports such as yoga, martial arts, skiing, gymnastics, self-defence, dance, circus training and weight training. Selecting and absorbing the most effective aspects from each he was able to develop a system, which he believed promoted the perfect balance of strength and flexibility, which was called ‘Contrology’.

Teaching fitness and self-defence to the police and army in England in the 19th Century followed by an internment during World War I where he returned to Germany and taught self-defence to the Hamburg Police and the German Army.  In 1926 Joseph immigrated to the United States, this decision changed his life as he met his future wife Clara. The couple set up a studio in New York based on Josephs ‘Contrology’ method, which related to encouraging the use of the mind to control the muscles. Focusing on core postural muscles that help to keep the human body equally balanced and provide support for the spine. Pilates teaches awareness of breath and spinal alignment and strengthen the deep torso and abdominal muscles.

The original exercises that Joseph created were mat-based but over time in order to help develop strength and flexibility and to supplement the mat-based exercises, various pieces of studio equipment were developed. He firmly believed that his method, which became known as ‘Pilates’ after he died in 1967 that one day everyone in the world would have heard of his exercise method, a technique that combines mental and physical conditioning and that delivers its promise of a sound mind and a sound body. Quoted by Joseph Pilates, from Return to Life through Contrology: